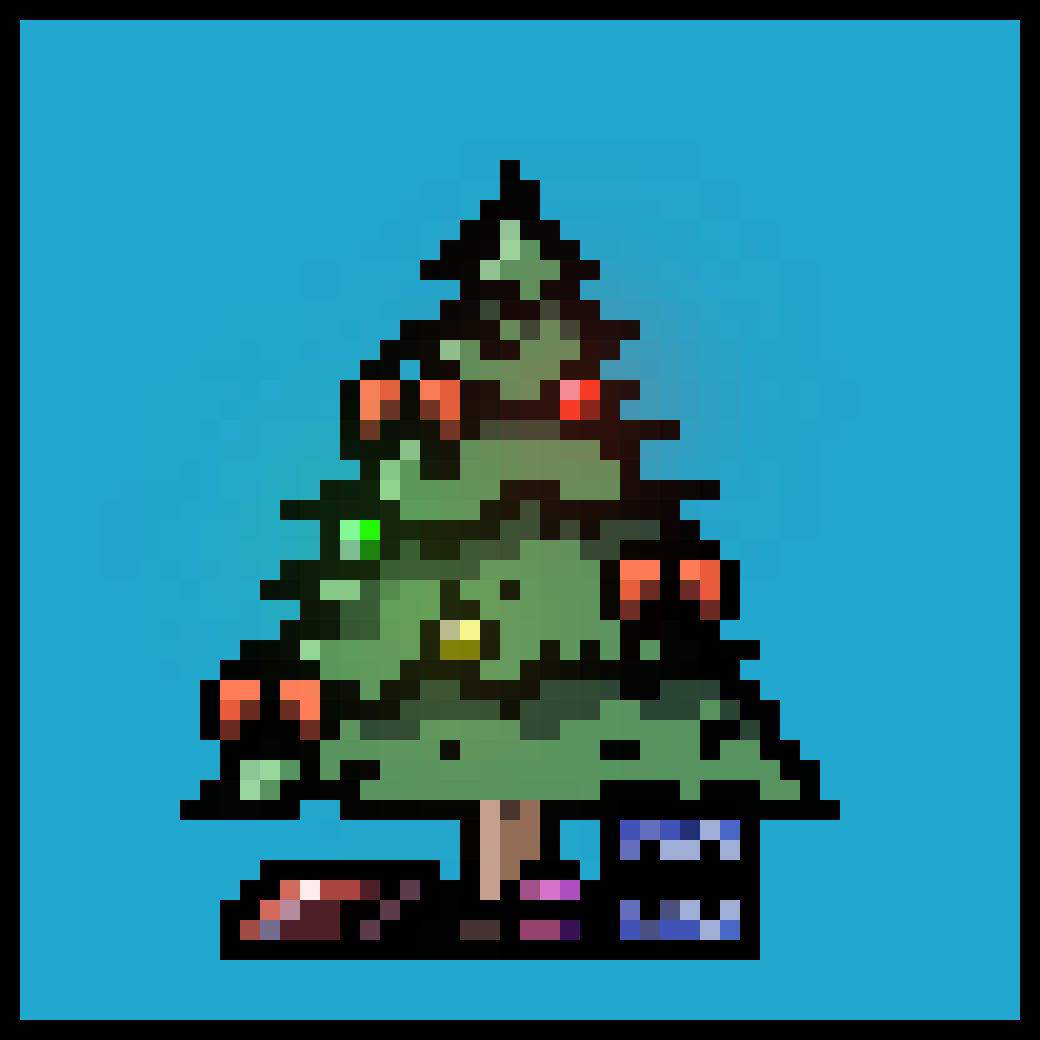 To generate the image, Christmas tree “DNA”, stored on chain, is used to determine how the tree looks. Each tree has a unique background color and the following possible traits:

The “recipe” for generating a tree is explained below. Thus, each tree can be rebuilt, Sol LeWitt style.

A tree’s DNA is formulated by taking the token id of the tree (aka 19501225) plus the network the tree was minted (aka eth) and creating its MD5 hash. (The token id is always on Christmas day.)

In Javascript, the code looks like this although any programming language will make the same DNA:

Only the first 11 characters of the DNA is used:

As such, certain combinations are more rare and a tree with all traits is very uncommon!

Here’s the algorithm in Javascript. It could easily be recreated in any language:

Once the traits are determined, Imagemagick is used to layer the transparent PNGs into the final tree:

All assets for generating the trees can be downloaded here: